Many of my fellow photographers know that I don't get wrapped up in the brand wars. In fact, I got my feet wet on Minoltas before moving to Nikons and then to my current investment of Canon gear. I have a small collection of various gear, some I used and some I just picked up, on display in a cabinet in my home. It basically collects dust and occasionally gets pulled out for some specific discussion or some reflection of days gone by behind the viewfinder. 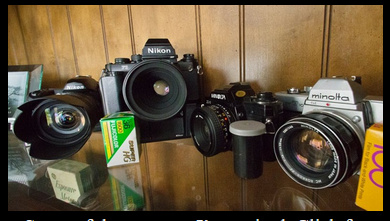 I recently saw a product that caught my eye. It's an adapter that allows one to mount Nikon F-mount lenses onto Canon EOS-mount bodies. While you lose all electrical connectivity, including auto focus, it offers an inexpensive way to get some use out of some of the best glass ever offered to the consumer photography market. And because the Nikon mount is smaller in diameter than that of Canon, it allows the lenses to sit in the correct location so you don't lose your infinity focus. You can't just throw a lens in front of a camera body or else you end up with the same effect of adding an extension tube. You have to get closer to focus at the expense of losing your infinity. 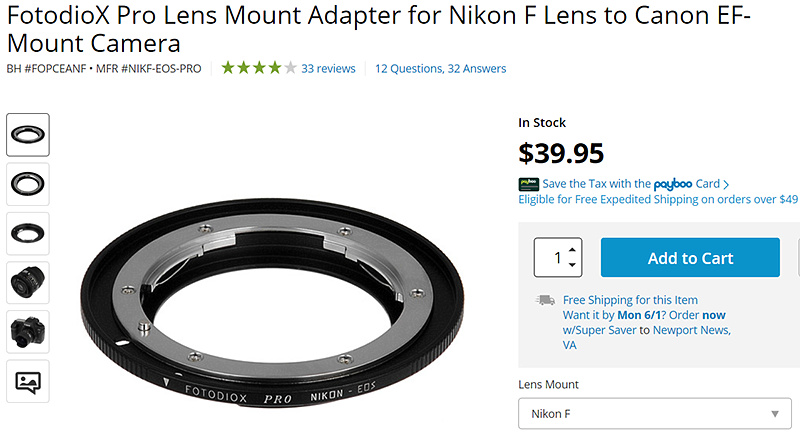 So, being the experimenter that I am, I ordered one of these adapters and went out for some test shots. Above is the screenshot from B&H, where I purchased the adapter.

In use, it's pretty simple. The ring first attaches to the rear of a lens with a Nikon mount and locks into place. You have to remember that Nikon lenses load backwards you you have to twist in a counter-clockwise direction. I read about some similar products that lock on even more securely with a set screw. The assembly then attaches to your Canon body like any other lens.

The lens I chose for the test was an old Nikkor 500mm/f8 mirror lens that was produced between 1968 and 1983. Optically, this is an amazing lens but in use, it's pretty limiting because there are no auto focus versions or any that have any sort of image stabilization, something really needed in a lens this long. But it's so crazy light and compact and because it uses mirrors rather than lenses, there is no chromatic aberration which means the images are quite sharp. 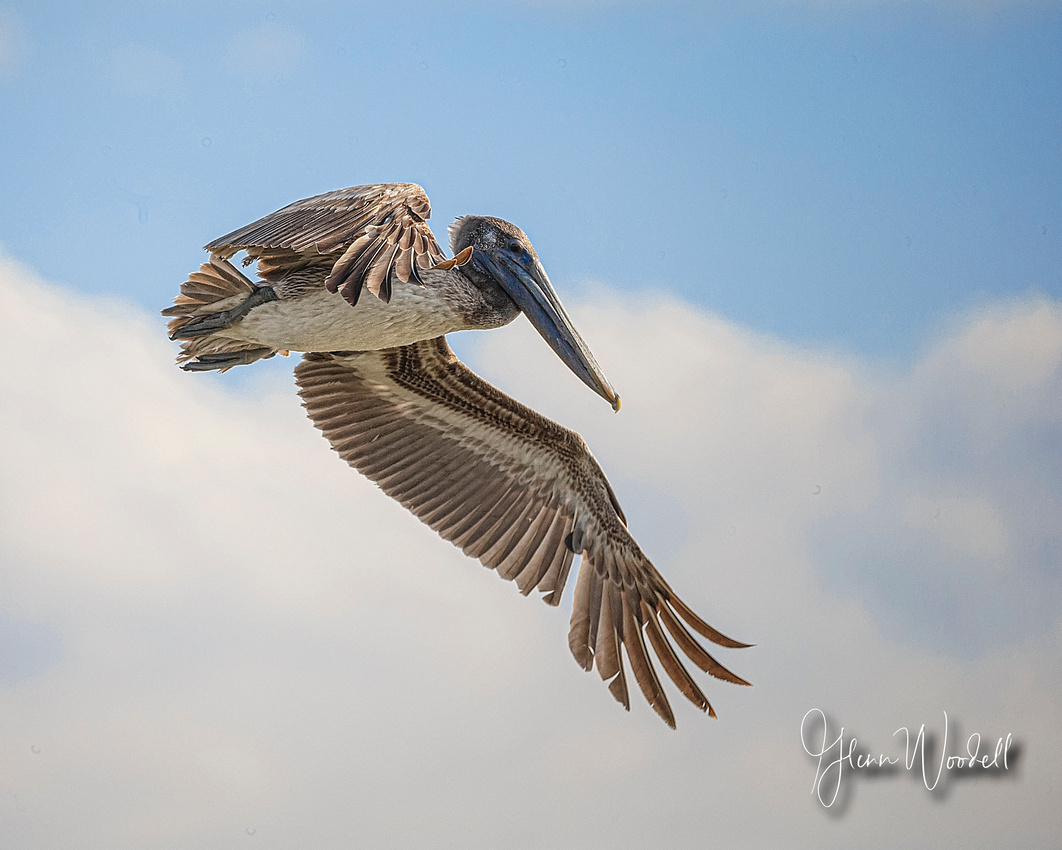 There wasn't much to the test. It worked as advertised. Manually overriding an auto-focus lens is a whole lot easier than trying to do 100% of the focusing. And because there is no electrical connection between the lens and the body, one much use one of the automatic modes or fully manual. I chose my usual shutter priority. 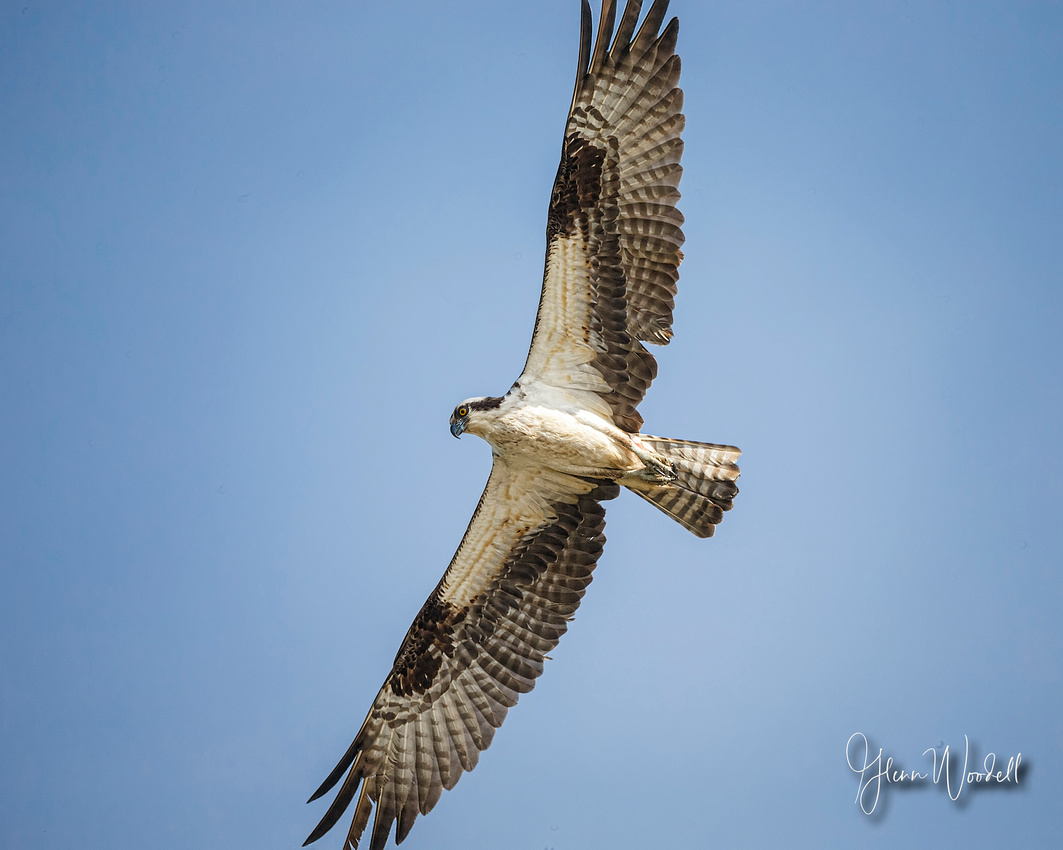 Focusing was tough - just like in my early days. So, why did I choose birds in flight? Just out of habit I guess. In the end however it all worked fine. The images are virtually indistinguishable from those I took alongside with my 500mm prime. 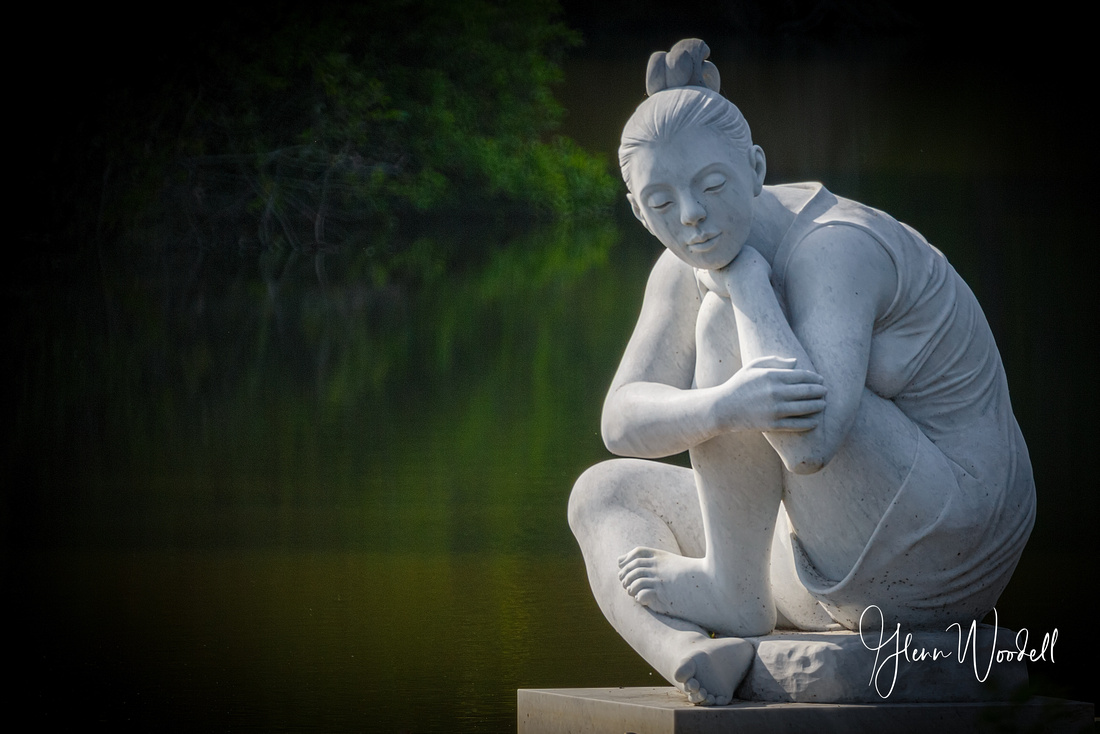 In this final example, I an using an old 60mm Nikon micro lens on my 1Dx. 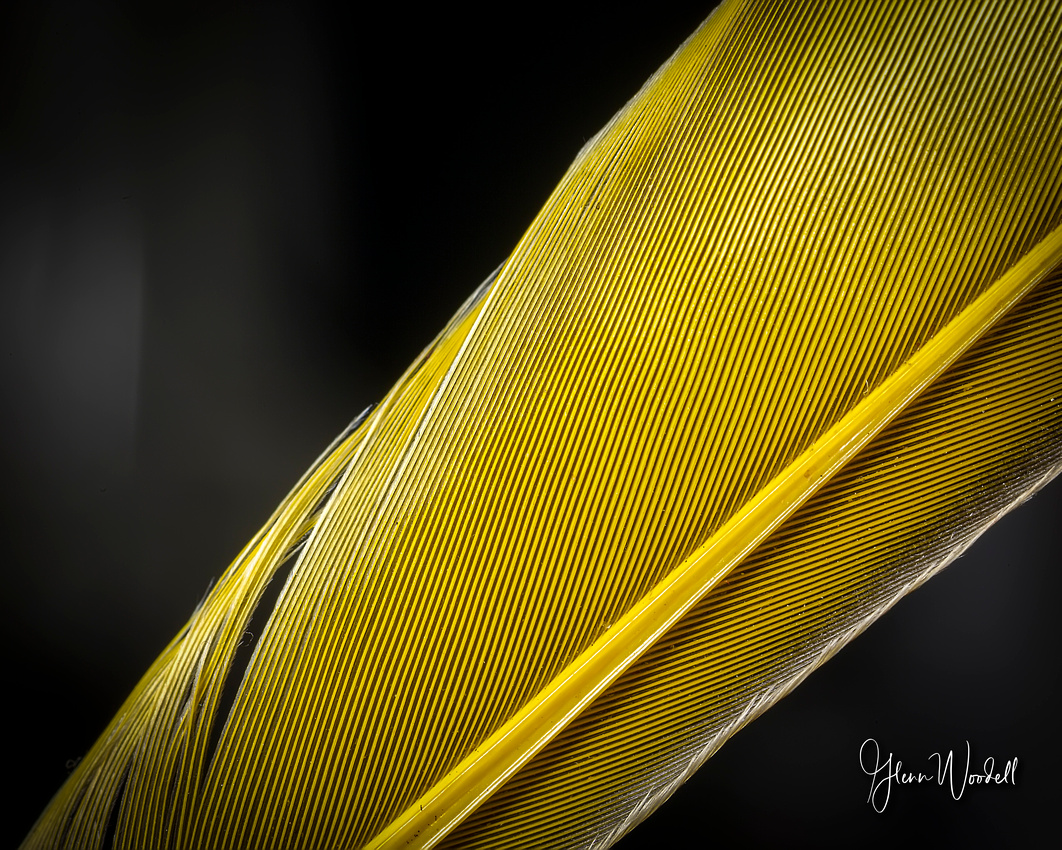 So, consider one of these simple and inexpensive gadgets if you happen to have oddball lenses laying around that you may want to use. It's a shame that so much good glass is just not getting used anymore and so much of it is really inexpensive to purchase.