I just turned over my beloved Canon 500mm/f4 L IS USM lens for the Series II version. I've only had it for a couple of days but the first thing I did was to add a tripod foot that has the Arca-Swiss groove in it. These are made by Wimberly, Really Right Stuff, Kirk, and a few others. I chose the Kirk version because of the nice grip surface they offer for hand carrying. The one I had on my earlier version was always slippery.

Here is the 500 mounted on my gimbal head with the original foot and a short plate added. It is not balanced at all and needs to move at least another inch. 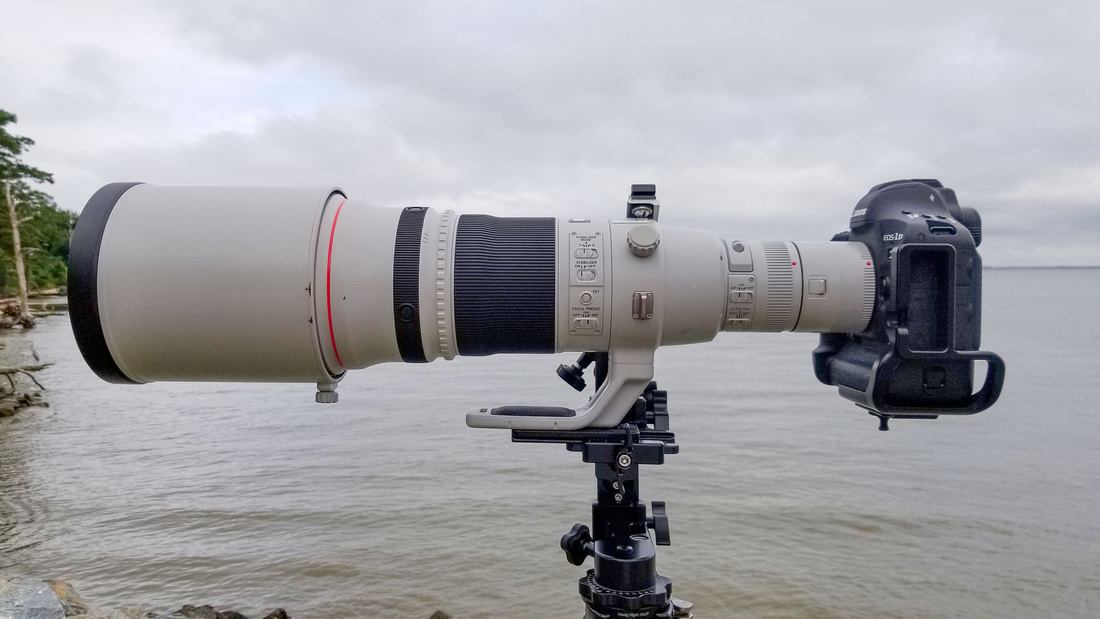 True to Kirk products, this is beautiful. Very well made and easy to install (sorta). It comes with a very nice T-handle wrench that you can add to your tool collection. The ONLY issue I have with it is that it merely copies a very poor design by Canon. Since the 500mm/f4 Series II lens is so much lighter than the Series I, especially in the front, the foot should have been located more rearward. I guess Canon decided to let the end users add their own plates. The Kirk design replicates the Canon design for the most part. Although it does add a little extra foot rearward, it is not enough to obtain a proper balance of the lens and body when using a gimbal.

With the Kirk design, you have to slide extremely far forward, with very little engagement, in order to balance. And with the 2x extender, you must remove one of the stop screws to make it work. 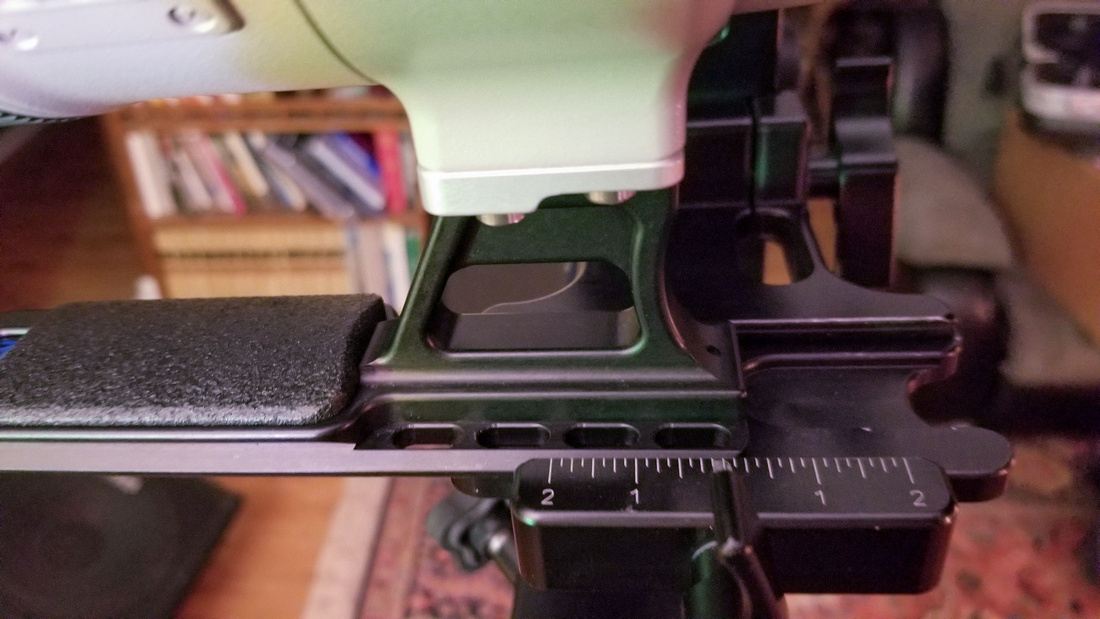 The remedy here is to mount the Kirk foot in reverse so that you have enough room to slide forward on your mount. Note that the mounting plate has a step and you must install enough washers on two of the screws to keep the them from bottoming out and preventing the collar from rotating.

Here is a Canon 1Dx MkII with no extender. 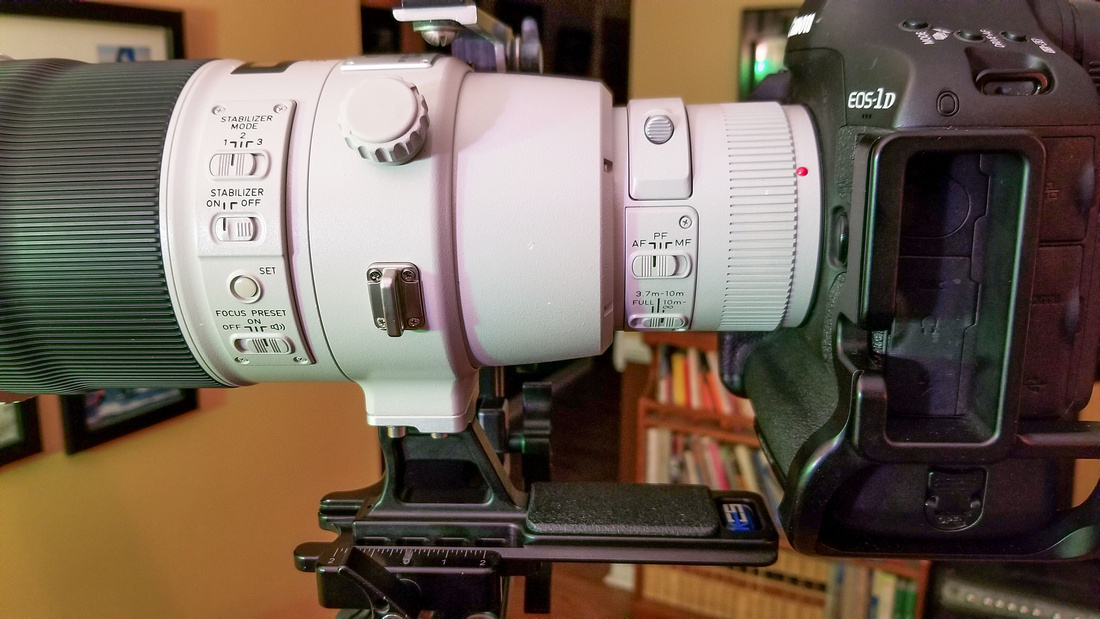 Here is a Canon 1Dx MkII with a 2x extender. 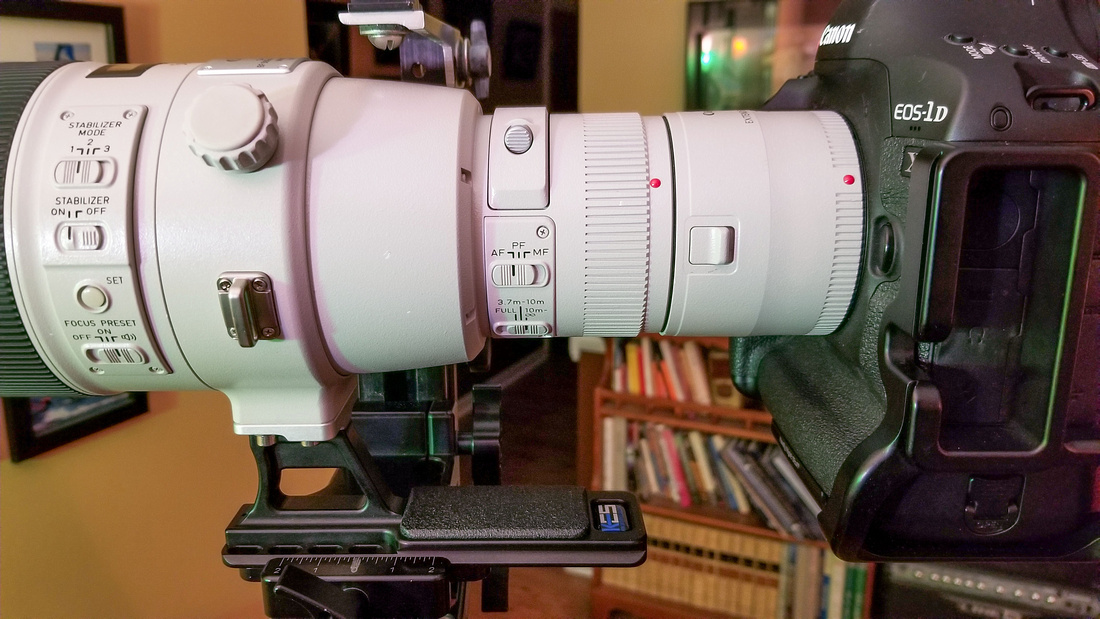 So, it will work for me, but Canon put out a poor design in the beginning and Kirk merely improved on their design by a very small margin. Note that Really Right Stuff and Wimberly make products that have the same foot shape and location and are therefore no better.

If you decide to replace your foot, I would suggest putting a small amount of thread lock on all of the screws so they don't work loose.

If Kirk (and the others) had made their feet extend to the rearward about 2", it would be a five-star product. I wouldn't be complaining if I had gotten it from Wal-Mart or some bargain shop, but Kirk (and Canon), we expect better than this.