To use Image Stabilization or not

Just as the question of whether one should protect their lenses with UV or clear filters has been one of opinion rather than fact, my experience has been that when shooting with tripod-mounted supertelephoto lenses that have Image Stabilization or IS (Vibration Reduction or VR for the Nikon world), in the image quality department, is equally based on opinion rather than fact. I for one, like to do real world tests, as I have done on the use of extenders (teleconverters), and when comparing different lenses and such. This is one such real world test on IS.

For a little background, it's been clearly a rule of thumb, and even printed in instruction manuals, that when using a lens on a tripod, you always turn of the stabilization. My experience with several super telephoto lenses shows the contrary - that it is either better to leave it on or there is no degradation to the image by leaving it on. Furthermore, the ability to keep the focus point on target, something very tricky when trying to focus on a single eye for example, is highly aided by the use of a stabilized image.

My experience has been that for lenses like the 500, 600, and 800mm supertelephotos, that are either too heavy to hold reasonably steady and whose narrow angle of view is such that even your pulse of blood through your arms will cause movement, it is best to leave it on all the time. The logic is that if these are really not hand holdable lenses by design (turn off your muscle-man mode for a moment) and therefore designed for tripod use only, and if you are supposed to turn off the stabilization when using a tripod, why would they even have some form of image stabilization at all?

I have never seen a case where the IS has caused any issues in my image quality, but being the experimenter that I am, I decided to perform a little test while I was waiting for a bald eagle to do something other than just sit on a branch and use up my memory card with duplicate images. So I shot some identical images with and without the stabilization engaged and have presented them here for your study. 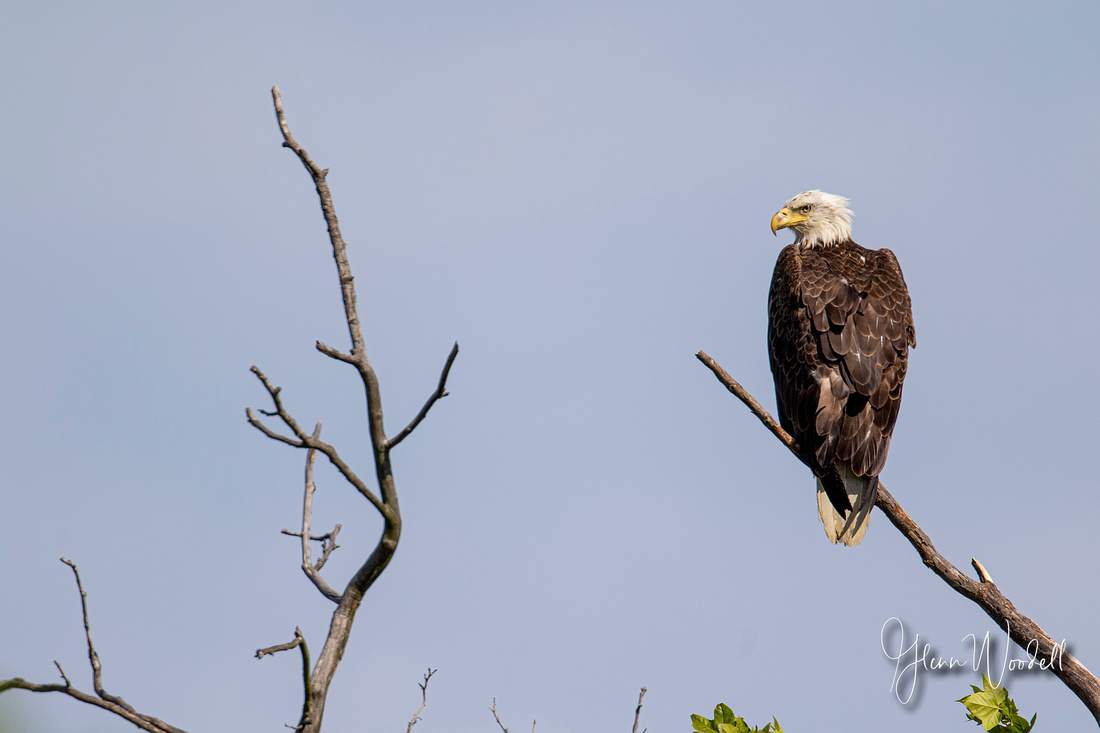 This is the test image, uncropped. I used a Canon 7D MkII with a Canon 500mm/f4 IS lens, and a Series III 2x extender with the IS engaged. The lens was mounted on a heavy Really Right Stuff carbon tripod using a heavy gimbal head. This is my normal shooting setup. I followed up with a second set of shots but with the IS turned off. Exposures for both sets of images were identical since I shot in manual and the images were taken merely seconds from one another. They were tan in RAW and processed with identical values including my usual noise reduction and sharpening. 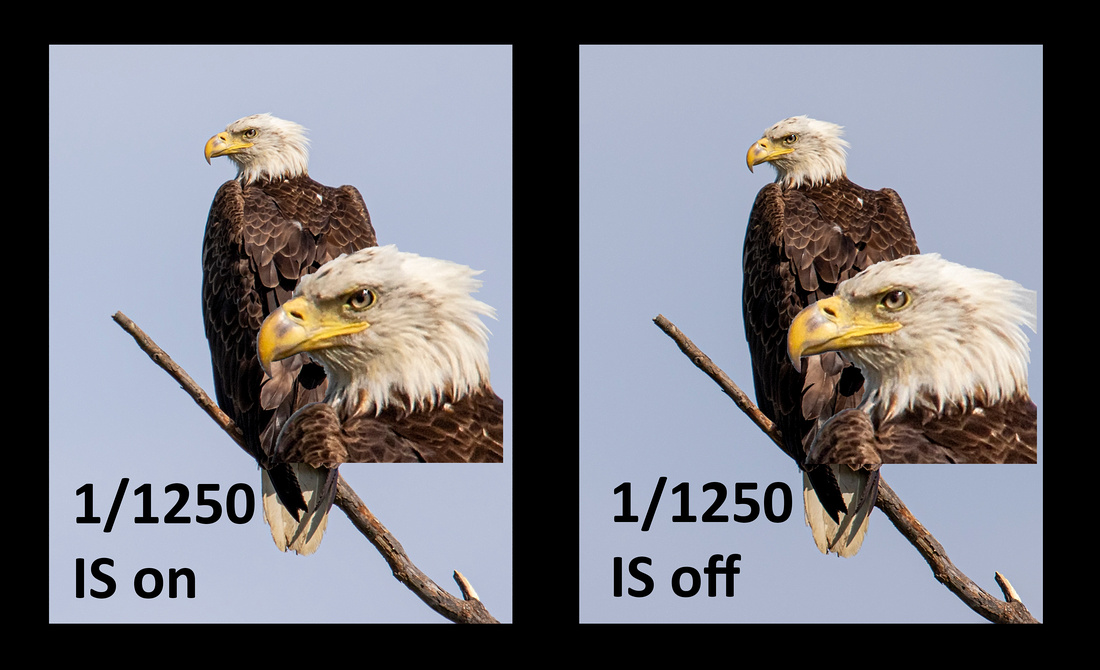 I laid heavily cropped portions side by side and then included the 100% crops. I cannot tell any difference in quality between the two images. I don't think that use of IS adds or detracts from the final image quality. I have experienced this for several years but this is the first time I have done an actual experiment with two identical scenes. I will add that for the first version of this lens at least, the IS noise gets picked up on the internal microphone when shooting video and it's quite annoying. So I turn it off when I shoot the occasional video, if I remember to that is.

I have shot with both the original and the Series II 600mm/f4 as well as the 800mm/f5.6, and have come away with the same conclusion: there is no apparent, real-world difference between using stabilization or not on these supertelephoto lenses when using typical shutter speeds for wildlife. Some may argue that for longer exposures, the stabilization may become a factor, but in my experience, other factors, even a very slight breeze, is more than enough to cause the entire camera system to move.

If your experience is different, I'd love to hear from you. I only present this to show what my experience has been by presenting specific examples.

Dave Cannon(non-registered)
Thanks for the great information! I hardly ever use IS, but will start with, and without, a tripod.
No comments posted.
Loading...
Subscribe
RSS
Recent Posts
The Math Behind the Pixels Stacking Canon Series III Extenders Watermarking, Logos, and Copyrights Focus Stacking in Photoshop Thoughts on the Mirrorless Revolution First Impressions of Canon's Animal Eye Tracking The Elk of Great Smoky Mountains National Park Notes for Photographers about Proofing for Your Clients A Day in the Life of Mimsey Mack Alyssa Channelle
Keywords
focus wildlife mirrorless Canon extension tube cropping math Megapixels pixels extenders
Archive
January February March April May June July August September October November December
© Glenn Woodell
If you would like to learn more about photography or just want to move your photography to the next level, consider taking one of my photography clinics. You can find out more at http://www.glennwoodell.com/clinics/
Powered by ZENFOLIO User Agreement
Cancel
Continue