Game changer. Those were my first words after a few test shots.

I'm not going to cover the differences between mirrorless and DSLR bodies. That's a totally separate conversation. But this is my very first mirrorless body. I purchased it primarily because everything I had read told me that the eye tracking was so fast and accurate. I had gotten tired of passing on great shots of wildlife solely because the eyes were not in sharp focus.

Once I got the camera set up and I figured out how it all worked, at least well enough to take some test shots, I went into the field to shoot some familiar subjects. I was immediately blown away by this body's ability to pick out an eye, even in a busy and obscured scene, and stay on it. I'll have to do more testing but I think I can say that some people may be urged into going back to shutter button focusing after handling one of these.

These two examples were meant to be very typical. They are both uncropped. This first one is a classic shot of a great blue heron. This gives you a baseline of the scene I Was shooting. 1/400 seconds at f4.5 and ISO 1250. I was shooting a Canon 500mm/f4 Series II in Tv mode and auto ISO. The eye is dead on. I could have done this with almost any body but the acquisition was almost immediate and it stayed on target, even when I panned around the scene. Focus and recompose will become a thing of the past in many situations as this camera focuses as you compose and does it well. No more moving your focus points around the screen, PLUS the focusing area covers almost the entire frame! 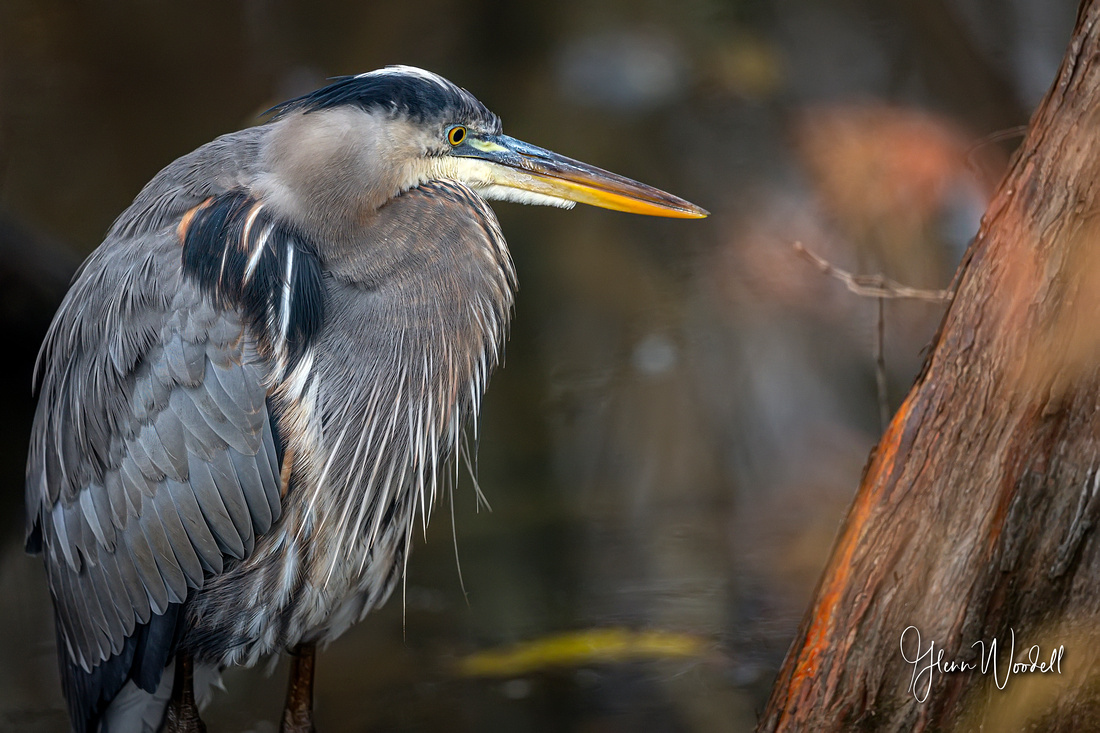 Here's the challenging example. Same bird but obscured by branches and twigs, some that pass right over the bird's head. This is obviously a shot that most people would not take but I did for the sake of experimentation. Having a large, f4 aperture, makes "seeing" around such objects much easier. ISO 2000 on this one but pretty much the same specs as the other shot. The lower contrast over the head is due to multiple branches passing over it.

The animal eye tracking found the eye and locked on it despite the presence of so many obstacles. All I had to do was point and focus. No selection of focus points or areas. The camera looked over the scene and picked out the most likely candidate for its target and it did it so much faster than I ever could have done. And as I panned around the scene, the focus remained locked on the eye. Not on the same plane, but on the actual eye. In another example not shown here, as the bird turned its head, moving the eye closer to and farther away from the camera, the focus stayed locked on the eye and adjusted for the small differences automatically. 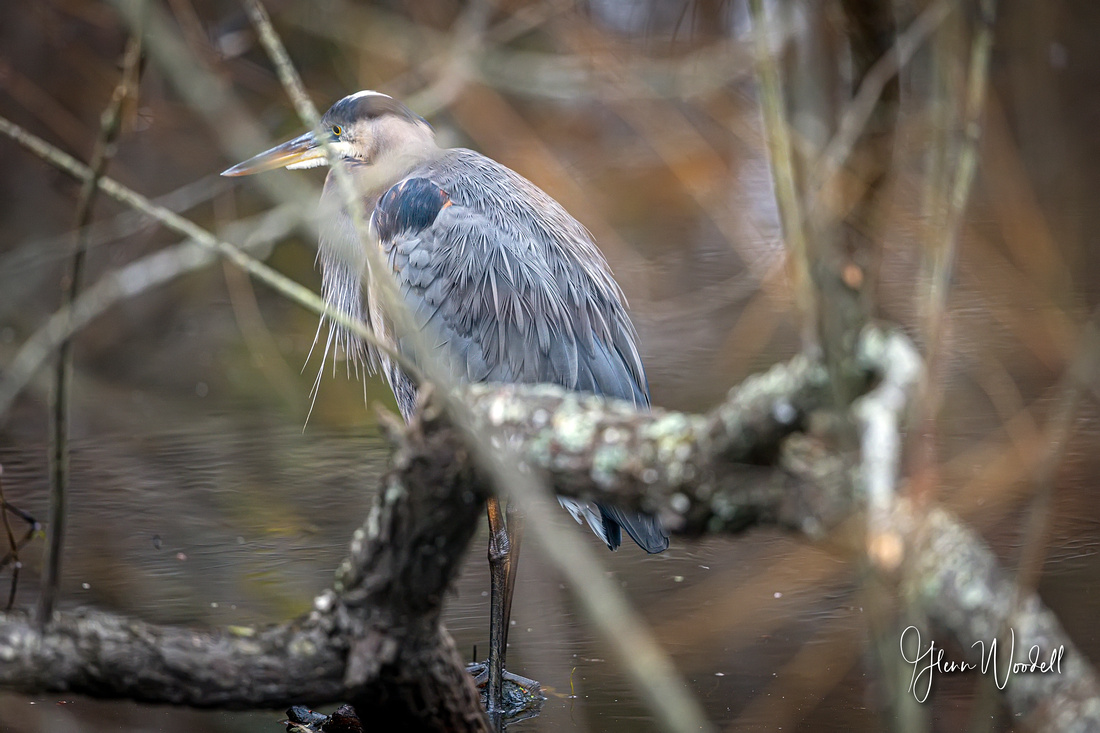 This crude cell phone video shows just how quickly the eye gets picked up and then tracked. Canon's 1Dx MkIII has human eye tracking but it is not designed to work on most animals. The new R6 (and the R5) have added animal eye tracking. There is an option to track either which seems to work very well. I guess you might select one over the other if you had both in the same scene, i.e, dog in the scene with people. But for wildlife photography, the selection for either seems to work well.

I did note that the human eye tracking began to fail when the subject was wearing a mask which covered the nose and mouth. But that's another experiment one day maybe.

I purchased the R6 solely to be able to acquire focus lock on wildlife quickly and accurately. So far, the tests I've done prove that it does that and does it better than I had expected. This is a game changer for me.