Most people probably don’t consider cropping for other than “zooming in” on their subject or adjusting the composition a little. That’s what I used to do. But I have learned to use cropping in creative ways, in order to bring out my subject or tell the story even better.

We’re all so used to the 2×3 aspect ratio of our 35mm format-based cameras as well as the 4×5 aspect ratio of the classic 8×10 frame. But these “standards” were determined a long time ago and were set up for general situations.
The world around us does not always exist in these aspect ratios. Although our vision covers roughly a 2×3 aspect ratio, what we actually concentrate on is less like a rectangle and more like an oval, and it changes based on the amount of light available and what we’re actually concentrating on. Night vision for example is very different than fully-illuminated, daytime vision and how much periphery are you noticing when you’re reading a book?
So although most of my images end up being based on either 2×3 or 4×5, I am not afraid to venture outside of this norm. After all, I figure that the vast majority of my images will never be seen in a frame, much less a “standard” one.

Consider this image of a crowded intersection in New York City. This is a fisheye shot but I cropped off the top and bottom to let the view take in the width of the scene. 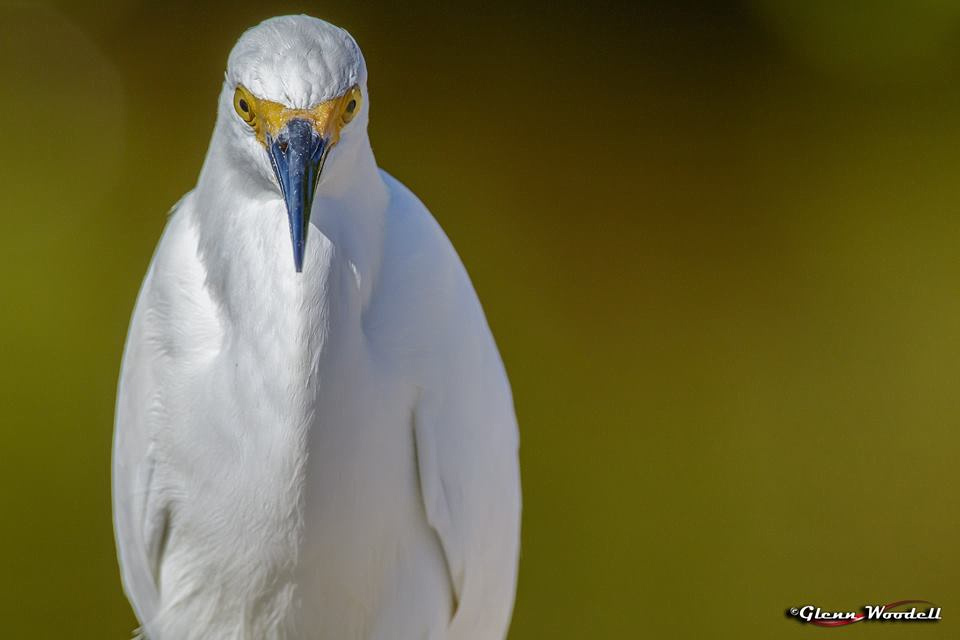 In this image of a snowy egret, I shot and then cropped such that the bird was off to one side even though the subject was pretty much symmetrical. My intent was to grab the attention of the viewer by presenting a symmetrical subject in a conflicting frame or scene.

To the contrary, sometimes the 2×3 aspect ratio works better than anything else I could come up with. Consider this “as shot” image of a cow and her newborn calf. The long focal length allowed me to fill the frame with the scene perfectly. I was able to get a good balance of all the components at the time the image was acquired.

Although your in-camera composition will likely work for most of your shots, don’t rule out some creative cropping later. Cropping to 4×5 is always a good first alternative but keep an open mind for more drastic vertical and horizontal compositions.