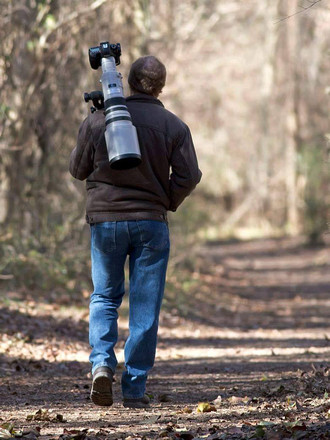 I was a visual artist long before I ever knew what that was. As a child I was always a tinkerer who loved to build and create all sorts of projects. It wasn’t until I was beginning my career as an aerospace researcher that I realized I had an interest in the visual world around me.

Photography started with my father’s film camera which I still have today, a Minolta SRT101 with a 50mm lens. That first enlargement, of the Golden Gate Bridge in 1987, which still hangs in my house today, started me on a long journey of recording the visual world around me.

After tinkering with almost all aspects of photography, I took a 15 year hiatus while my daughter and digital were both still young. I have since moved the film cameras to the display cabinet and taken up recording the world around me in bits and bytes rather than with crystals and emulsions. The necessity to perform most camera functions manually in the early days, combined with a career in human vision research, gave me a firm understanding of light and color and how it is recorded (or not) and even transformed into visual art.

Today, because of the many influences in my life, I have a much greater appreciation for the world around me and photography is even more important now than it was before. My daughter is older, my career has come to a close, and the time given back to me is now available for exploring and recording the world around me once again. I hope you enjoy this journey through my lens.

If you would like to learn more about photography or just want to move your photography to the next level, consider taking one of my photography clinics or one of my Florida Wetlands Wildlife Workshops.

© Glenn Woodell
If you would like to learn more about photography or just want to move your photography to the next level, consider taking one of my photography clinics. You can find out more at http://www.glennwoodell.com/clinics/
Powered by ZENFOLIO User Agreement
Cancel
Continue